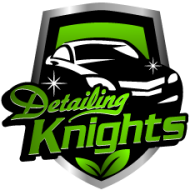 Why Your Dad Loves His Car More Than His Kids

While there are many momentous occasions in the lives of men, none stand out more vividly than the purchase of their first television, their first home, and most importantly, the day they brought home that new bundle of joy: their first car.

From headlights to drum brakes, men know their vehicles like none other and take care of them meticulously with a deep and intimate passion. They know how to take care of their vehicles almost like survival instinct. There’s no therapy session quite like it. If the kids are driving you crazy or the wife is nagging, nothing can soothe the pain better than working on a car. Who would have guessed that cars could have such restorative powers?

The mysterious relationship between men and their cars is perhaps one that only men can truly understand. Cars have the ability to make men feel cool. It becomes a part of their identity and what men want to show the world about who they are. This leads to a strong attachment between males and their cars that fulfill men in ways that nothing else can. Not only are cars sexy, they even have the power to make men look sexy. Cars can be fun and loud but even dangerous and empowering all at the same time when life conspires and threatens the peaceful domain of the male. No matter what type of guy he may be, cars are the one machine that can help him define who he is.

Men love to drive and they do most of it. The dad is a universal sight at the wheel of family road trips. The appeal of flexing masculinity through technology and the appeal of controlling one’s destination in life are driving forces behind men preferring to get behind the wheel. If the Bar Mitzvah had a universal name, it would undoubtedly be tied to earning your license and becoming a driver. It is a landmark occasion in every man’s life. The car is truly a man space where nobody can tell you what to do. Previous studies have shown that men derive increases in self-esteem from access to vehicles including feelings of protection, prestige, and autonomy. But in addition to the psychosocial benefits, there are also psychological benefits. After all, what man doesn’t enjoy a great sports-car demo? Whatever sympathetic vibration exists between cars and men, it’s also fair to say that men feel understood by their cars.

Men are from Mars. But so are Cars….

Whether it’s a stoplight on Toronto’s Yonge Street or the likes of the Toronto Motorsports Park, man’s beloved car has provided an outlet for the gladiatorial aspirations that date back to ancient times. While cars may not form part of man’s evolutionary history, it is common for men to approach life in that riskier and more aggressive manner which defines male to male competition. From street racing to back country off-road racing, cars remain the centrepiece of the new battle of the gladiators. While little boys play with video games, who can deny a man the fun of the real thing?

Men don’t just own cars; they have serious relationships with them. In addition to being a focal point for testosterone, men seek out objects that can embody fearlessness, speed, and power. Cars can reflect whatever traits are valued by males. They may not be able to raise their children to be perfect, but they sure can customize a car to make it anything they want it to be. It’s natural for a man to seek outlets where he can impose order and perfection. Whether it’s a young adult stuffing a turbocharger under the hood of his sports car or grandpa polishing his Buick Riviera, there is no more blissful endeavour than the hours of tranquility accompanied by a bolt and a tool to get a job done with purpose and passion. It’s no secret that men have challenges when it comes to identifying and verbalizing emotions. But when it comes to cars, emotional intelligence can be thrown out the window in favour of a rational and finite machine. The system of fire, steel, and electricity create an orderly and universal language that all men can relate to harmoniously. With cars, men have the ability to create something truly unique and personalized. They don’t look at it as a hobby but a quest for individuality.

A Love Affair that Lasts a Lifetime

When it comes to cars, there is no doubt that the men are in charge. From driving them to fixing them, men even design and build them. A walk through any auto show will quickly prove this theory with very little evidence to show that the auto industry is an equal opportunity employer. As long as men get to remain in the driver seat, the love affair will go on no matter what circumstances in life threatens the relationship from an extra marital affair to a financial recession. It’s a love affair that began long before puberty, when a baby boy received his first set of wheels. He knew this toy represented something that could make him more powerful and go faster. It’s quite likely that the little girls in the house knew it too, they just didn’t care. But in the world of a man, that gift of a little toy car he received when he was little was the gift that kept on giving. It represented the start of a lifelong love affair. So if it’s time to buy dad something meaningful that will really get his engine going, get him something for his one true love. Whether it’s an auto accessory he always wanted, a professional auto-detailing, or a trip to race along the German autobahn, he will forever be thankful. But if you do buy him a trip, don’t forget to throw in some driving cover for while he is away. You know how aggressive and risky dad likes to be. He might think he’s a gladiator. It’s just not clear whether the car agrees.